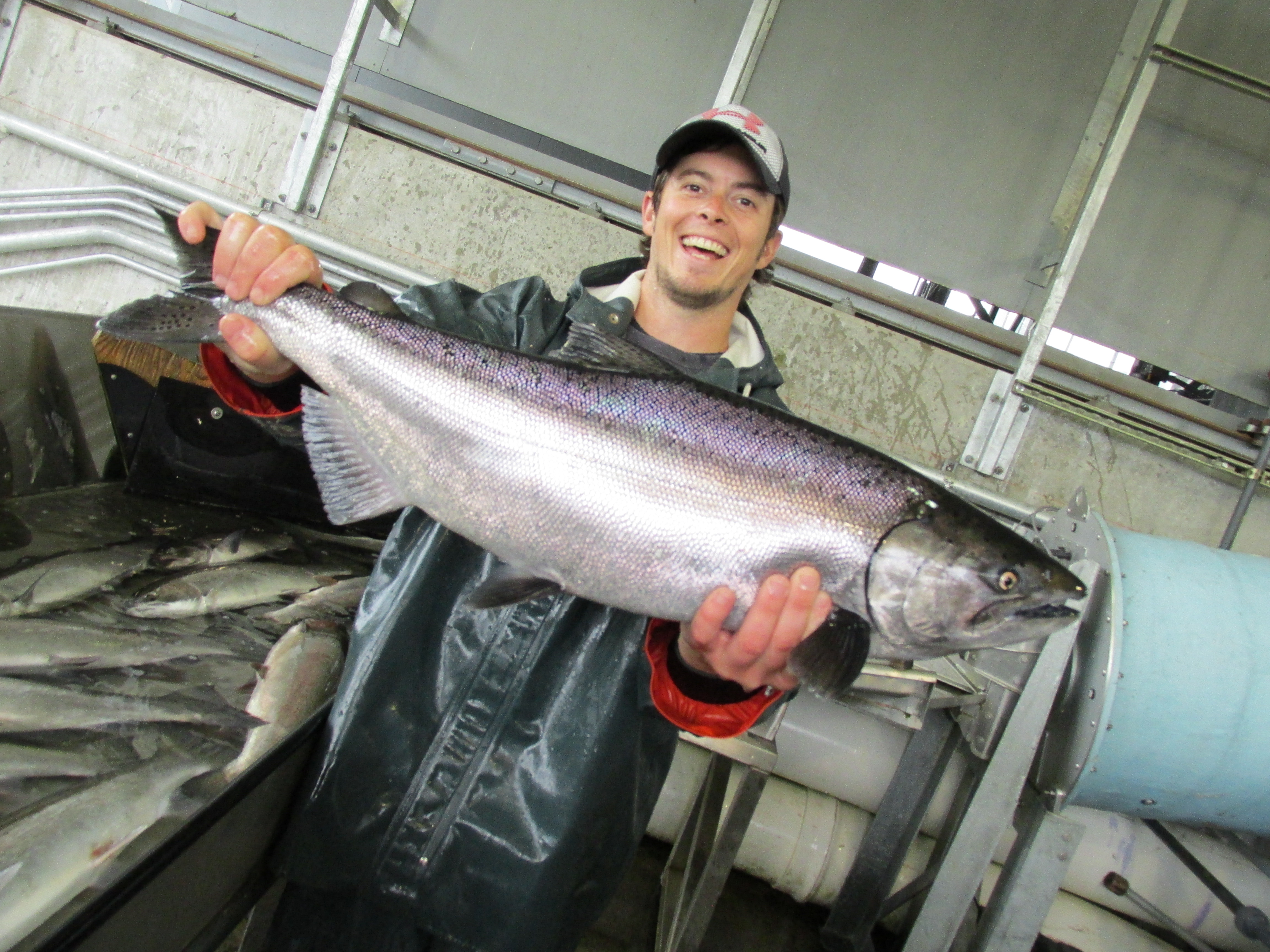 The hatchery began operating in 1968 when Mossyrock Dam was completed. At the time, it was the largest salmon hatchery in the world.

Tacoma Power built and maintains the salmon hatchery and provides funds to the Washington Department of Fish and Wildlife (WDFW) for staffing and operation. Tacoma Power employees use fish trucks to transport fish upstream and allow them to spawn in the upper Cowlitz Basin.

The Cowlitz Salmon Hatchery, in conjunction with the Cowlitz Trout Hatchery, supply fish for the restoration effort in the upper river while continuing to support existing fishery programs downstream.

As juvenile fish begin their downstream journey from the upper watershed, they are collected at Lewis County Public Utility District's Cowlitz Falls Dam, the uppermost dam on the Cowlitz River. Tacoma Power transports the fish to the Cowlitz Salmon Hatchery where they are placed in large stress relief ponds. After acclimating, the fish are released into the river to continue their trip to the ocean.

The Barrier Dam sits next to the salmon hatchery. This low dam diverts all upriver migrating adult fish to a fish ladder. The fish ladder leads to a separating station where fish are sorted by species. Some of the fish are retained at the hatchery to produce the next generation of salmon. Tacoma Power employees transport others to spawning areas in the Tilton, Cispus and upper Cowlitz Rivers.

The Barrier Dam boat launch is located near the hatchery. Find a large parking lot, vault toilets and a boat launch provided free of charge by Tacoma Power. An ADA-accessible fishing ramp allows wheelchair-bound and mobility-impaired anglers to fish at various river elevations.