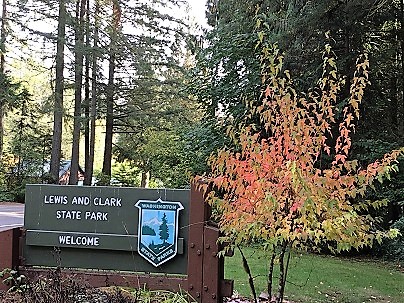 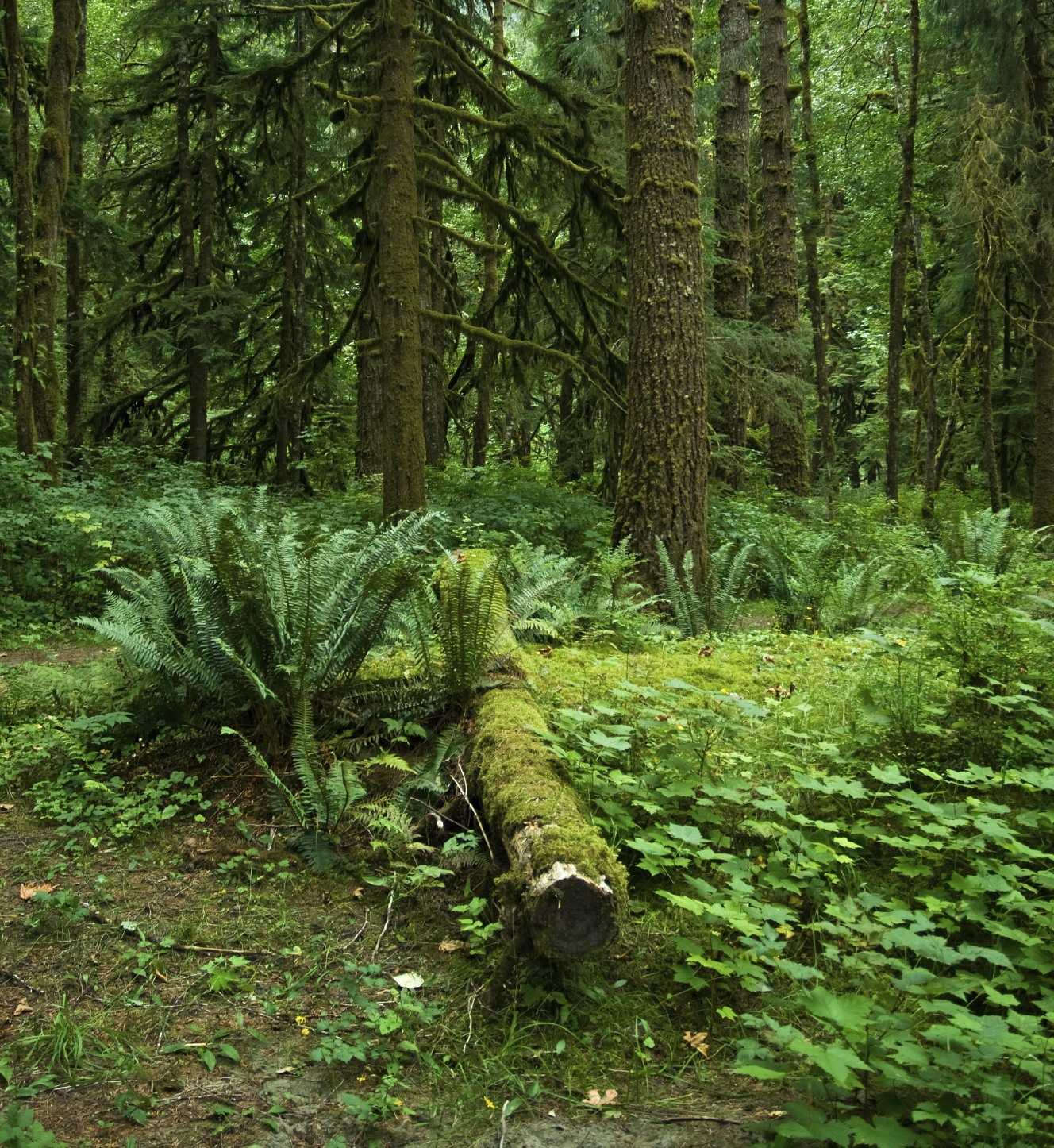 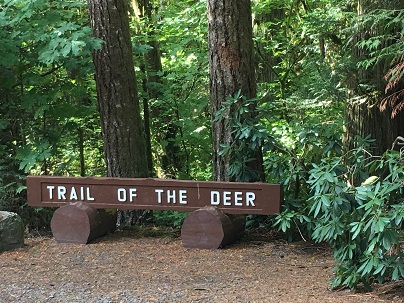 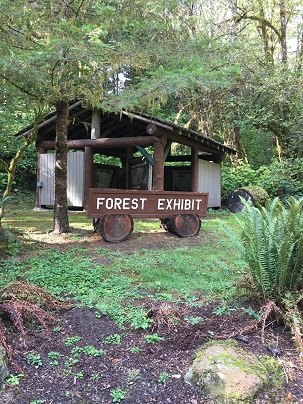 Lewis and Clark State Park began as a public camp for automobile tourists in 1922. The old north spur of the Oregon Trail, which extended from the Cowlitz River landing to the city of Tumwater, passed directly through the present park site. When pioneers used this road, ramps had to be built over some of the downed logs (six to nine feet in diameter), since they had no saws capable of cutting the giants. The park is open May 1 - September 30.

The 621 acre park has a unique stand of old-growth forest, primarily Douglas Fir and Red Cedar. It is one of the last old-growth forest stands remaining along State Route 99 / Jackson Highway. Two-thirds of the old-growth trees were blown down in the 1962 Columbus Day Storm (8.5 million board feet of the original 13.5 million). The habitat of coniferous trees, streams, wetlands, dense vegetation and wet prairie comprise this park environment.

The park provides two kitchen shelters and a community center (up to 200 guests) with electricity and running water. The group day use area accomodates up to 100 guests. The shelter is equipped with electricity, water and a fireplace.

There are 8 miles of hiking trails, http://parks.state.wa.us/DocumentCenter/View/1900/Lewis-and-Clark-State-...

In addition there are 5 miles of horse trails, an Amphitheater, playfield, swing set and horseshoe pits, two restrooms and two showers. An Environmental Learning Center Bunkhouse accomodates up to 50 guests. (for reservations call 800-360-4240)

Located a few miles north of the park, the John R. Jackson House and day use area is the site of the first American pioneer home built north of the Columbia River. It was constructed in 1845 by the man for whom it is named. The original house has deteriorated completely. The current log cabin was built by the Civilian Conservation Corps in the 1930s and renovated in 2017. The Jackson family has donated some original pioneer artifacts, which are on display at the cabin.